Steffen Thomas was a master of all materials, but his roots as an artist began as a sculptor. Starting as a carver, he worked in wood and stone, moving on to metal casting and welding, learning traditional techniques while developing many of his own. Through this exhibition, we will honor the legacy of Steffen’s three-dimensional work by displaying selections from our permanent collection alongside contemporary regional sculptors working in wood, metal and stone. In conjunction with the exhibition, the Steffen Thomas Museum of Art will be hosting a series of panel discussions and artist demonstrations. Curated by Tatiana Veneruso

See studio tours, interviews and more from the artists of Elements.
PreviousNext 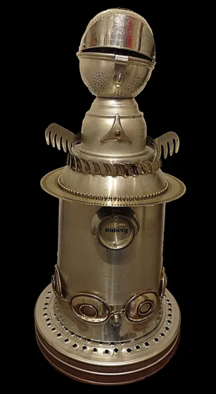 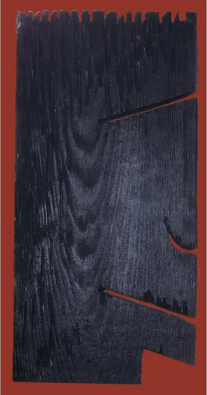 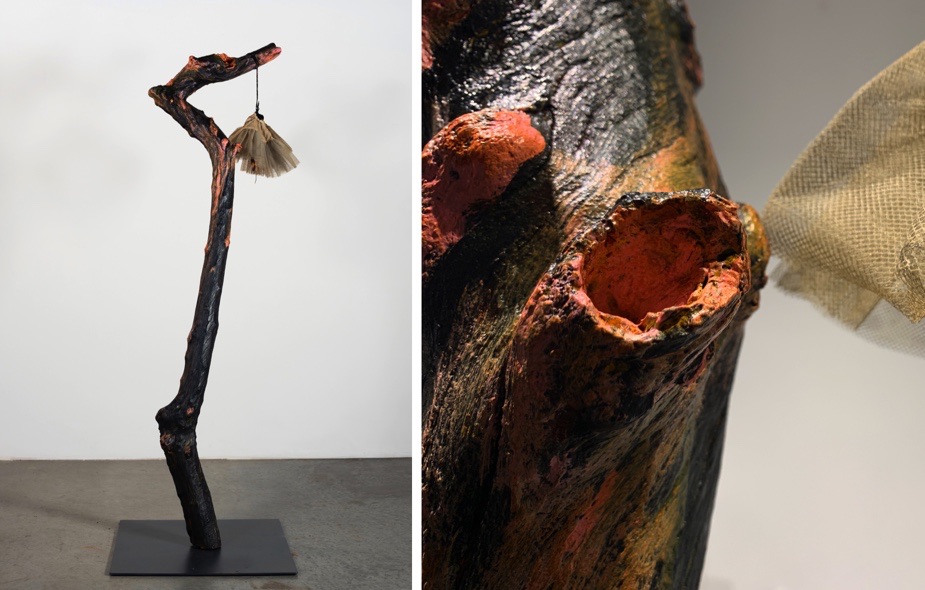 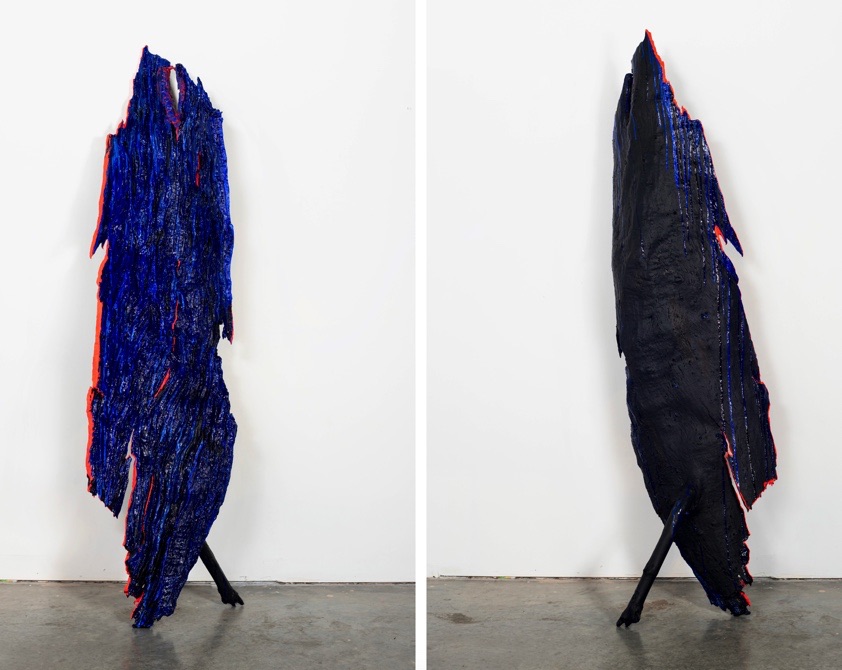 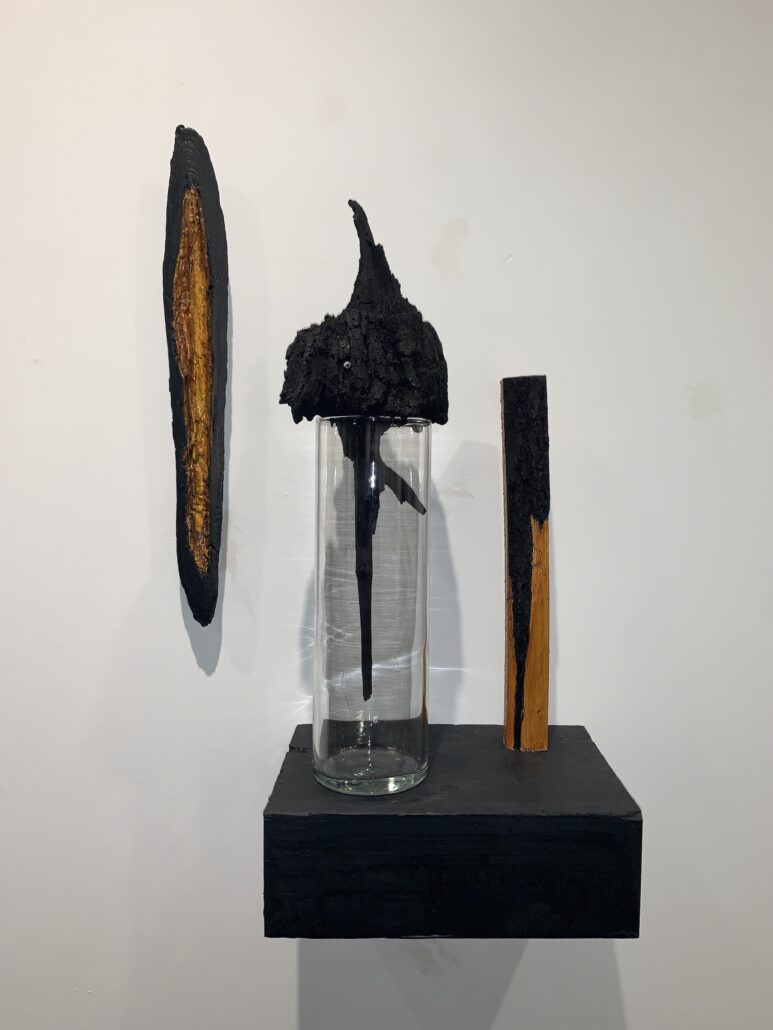 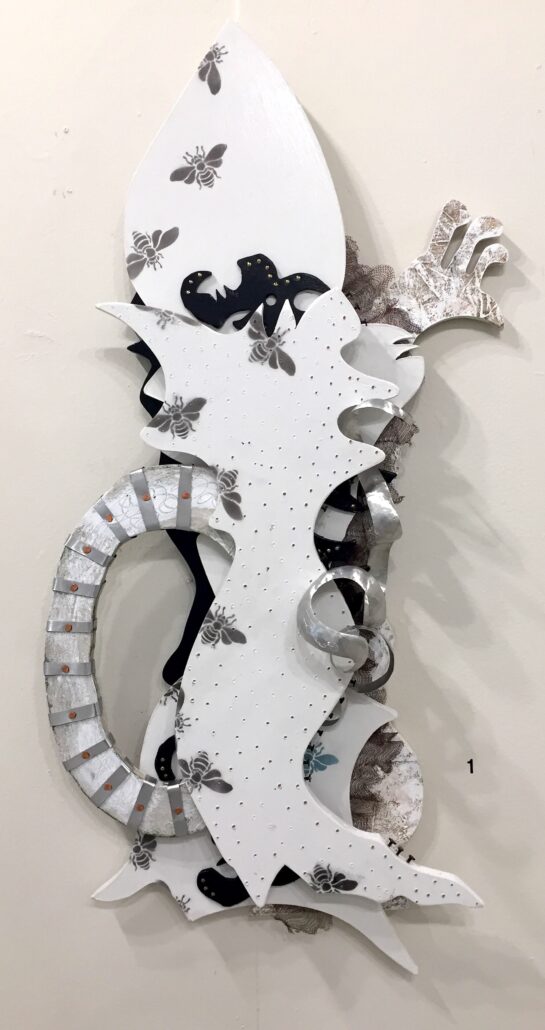 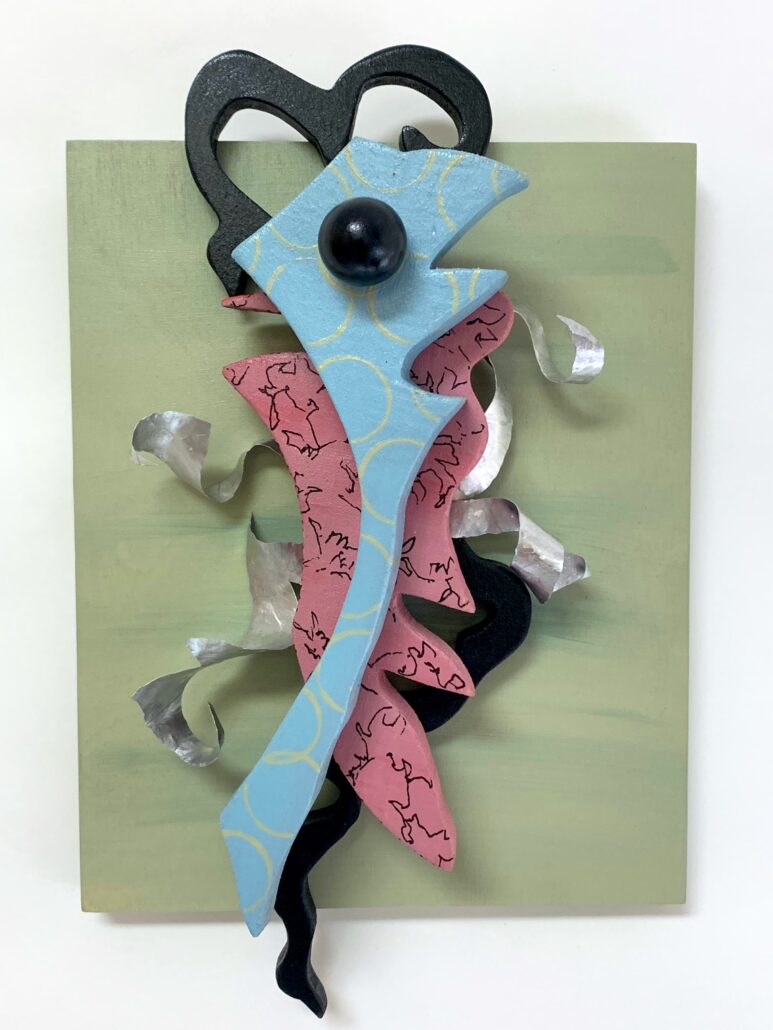 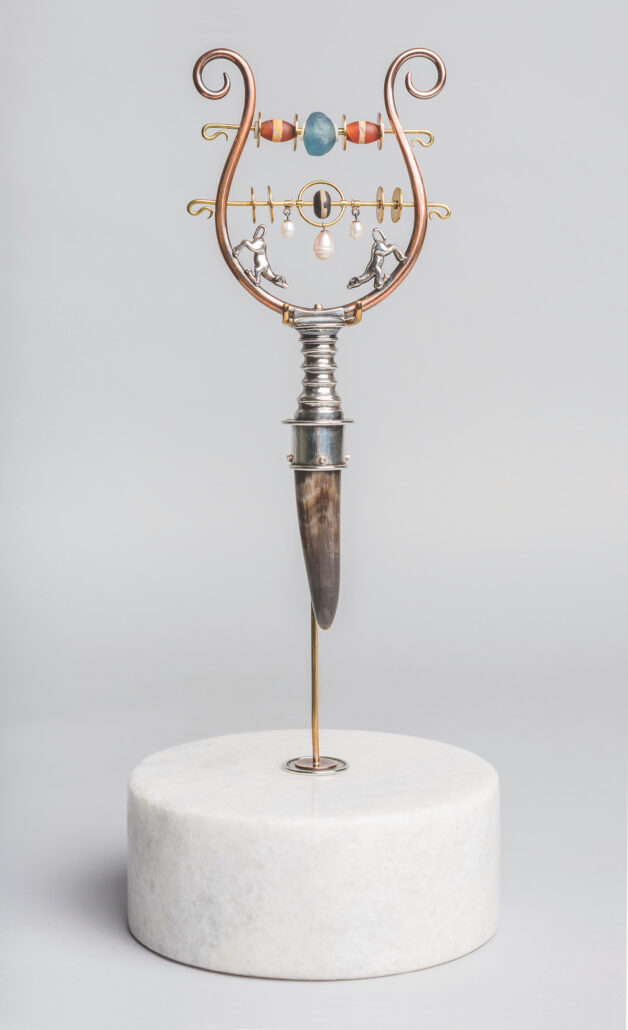 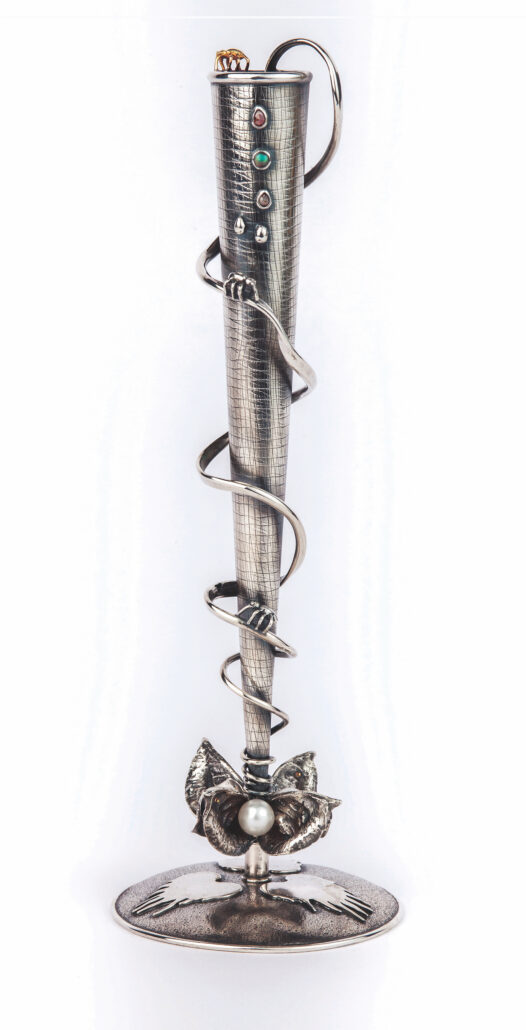 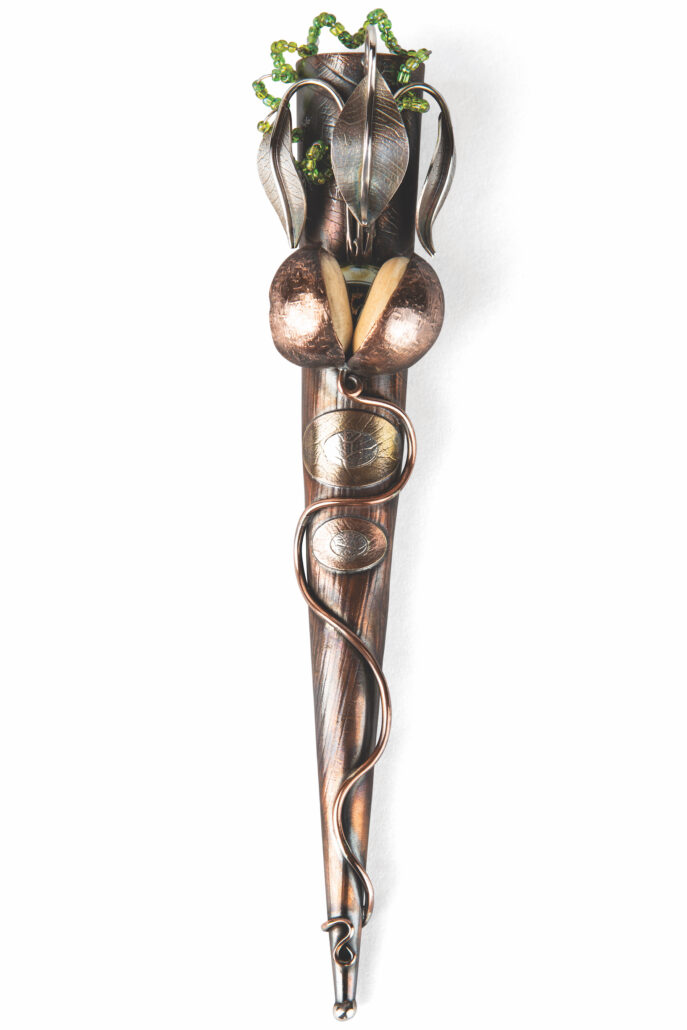 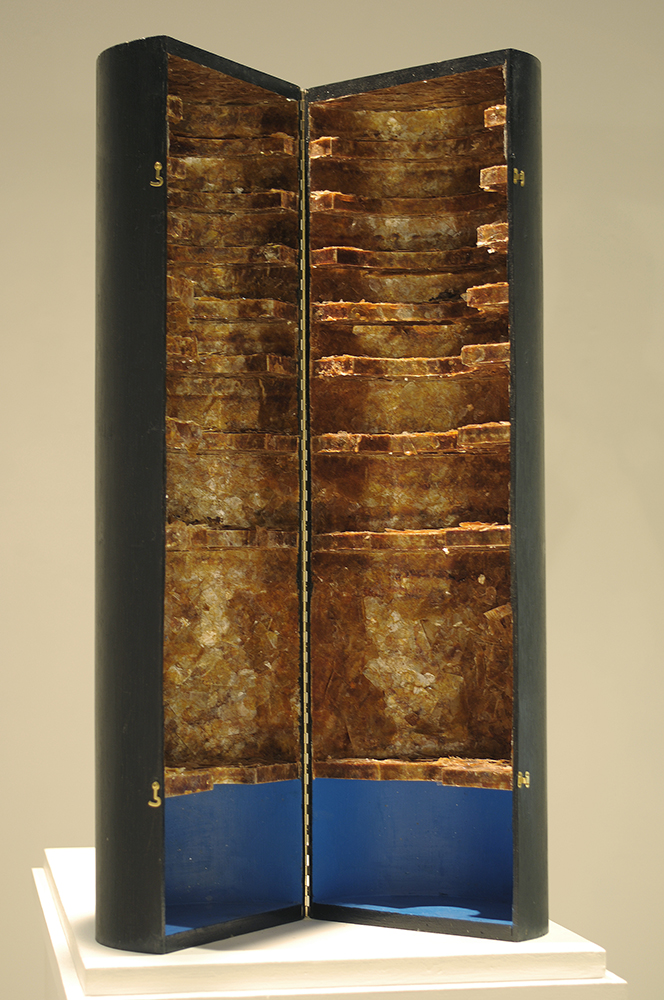 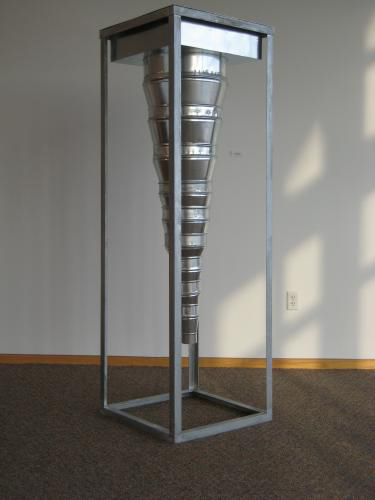 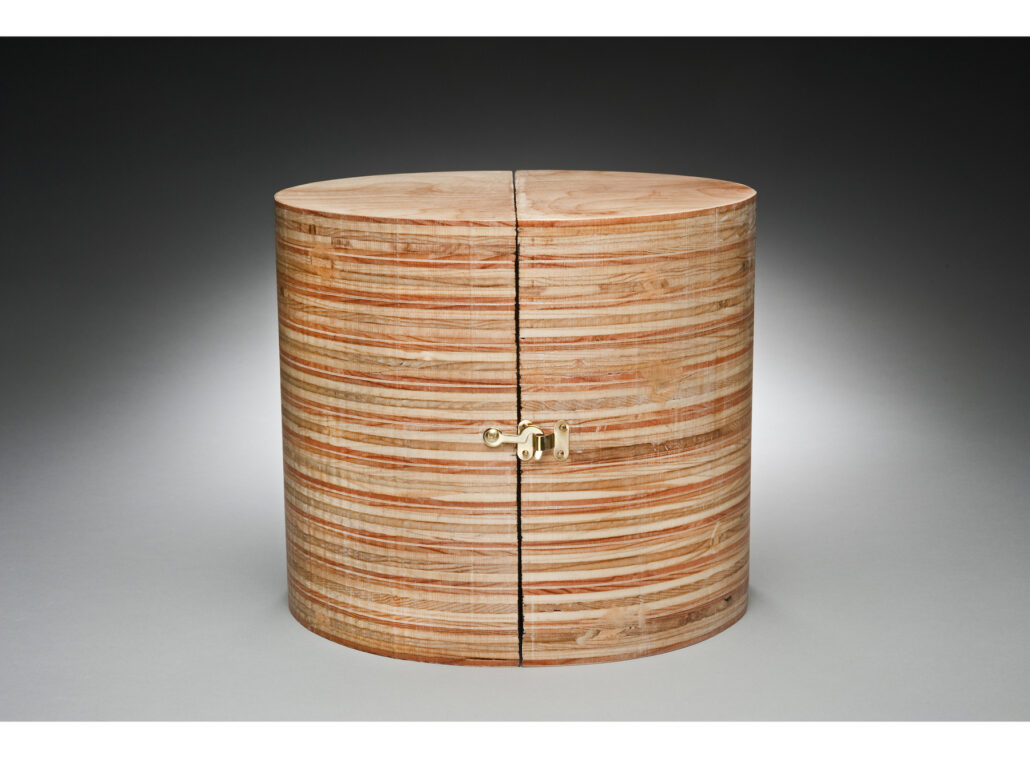 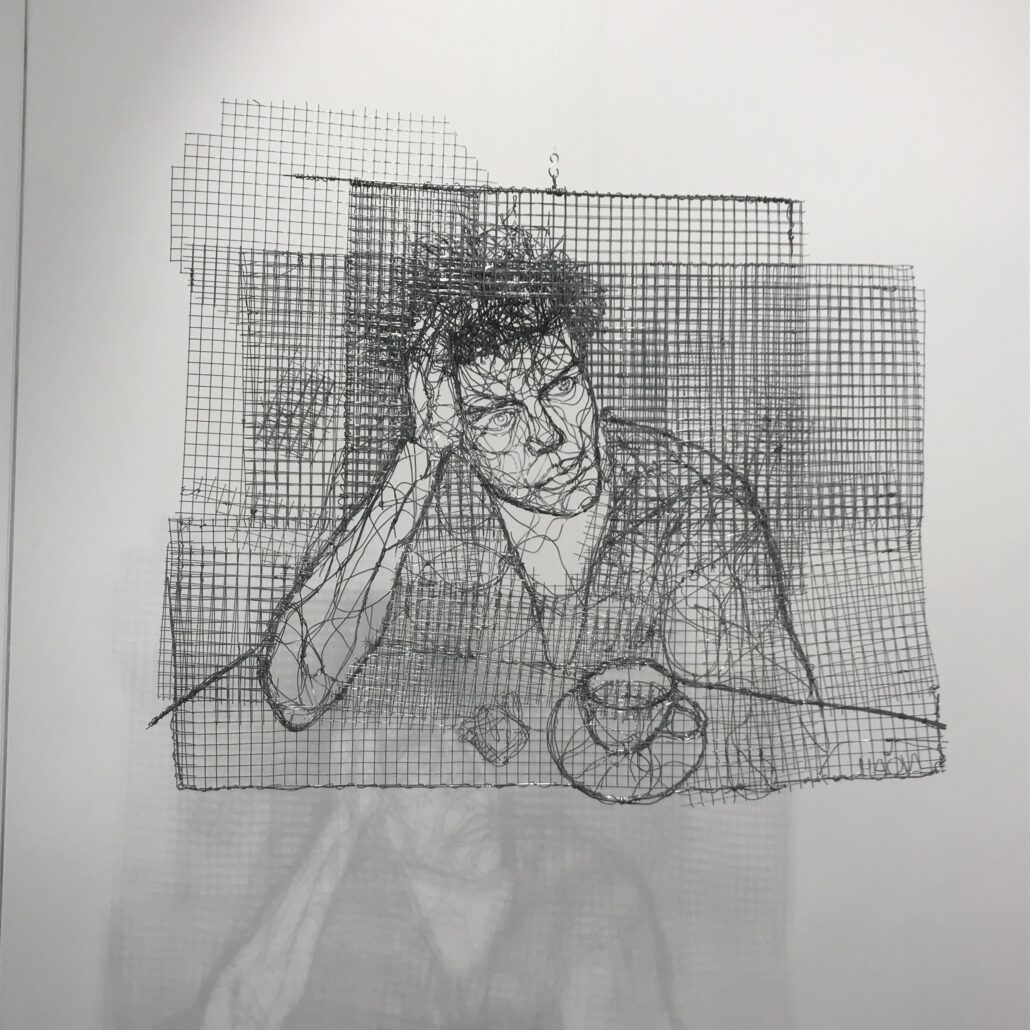 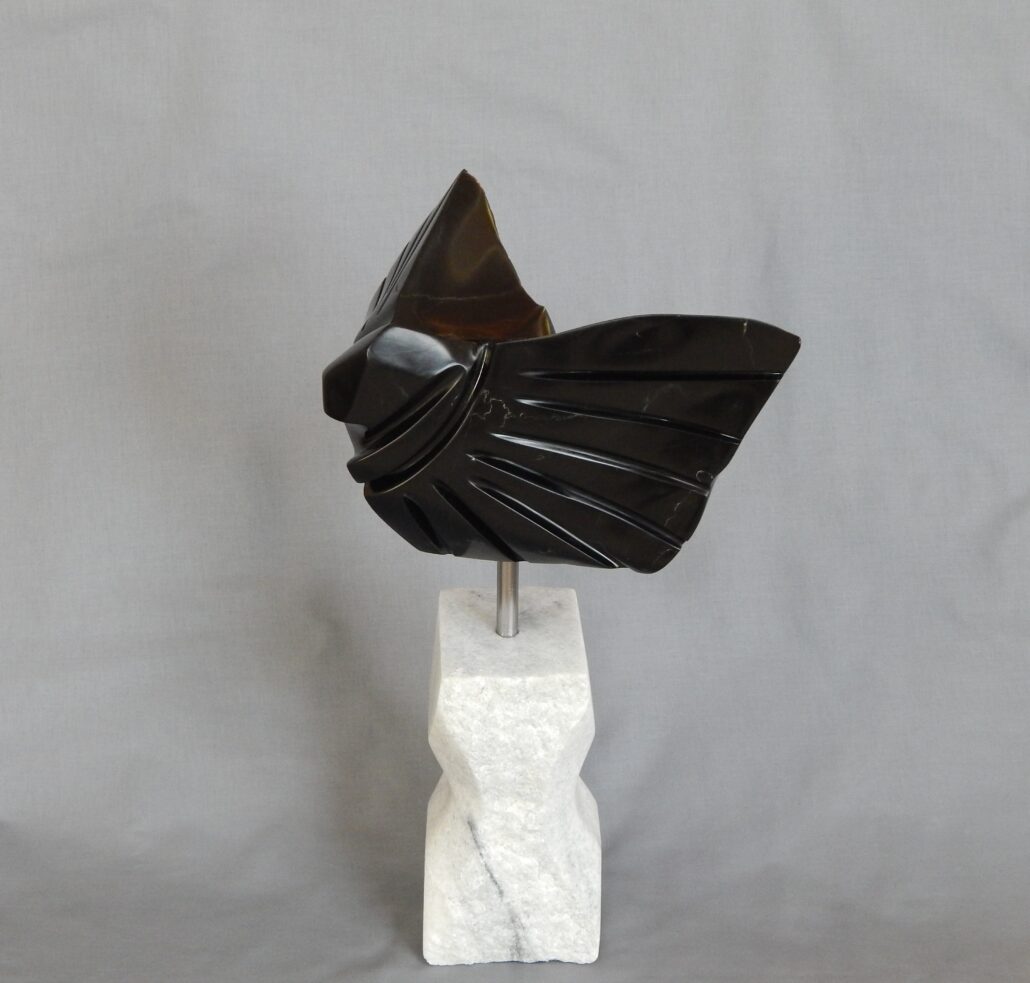 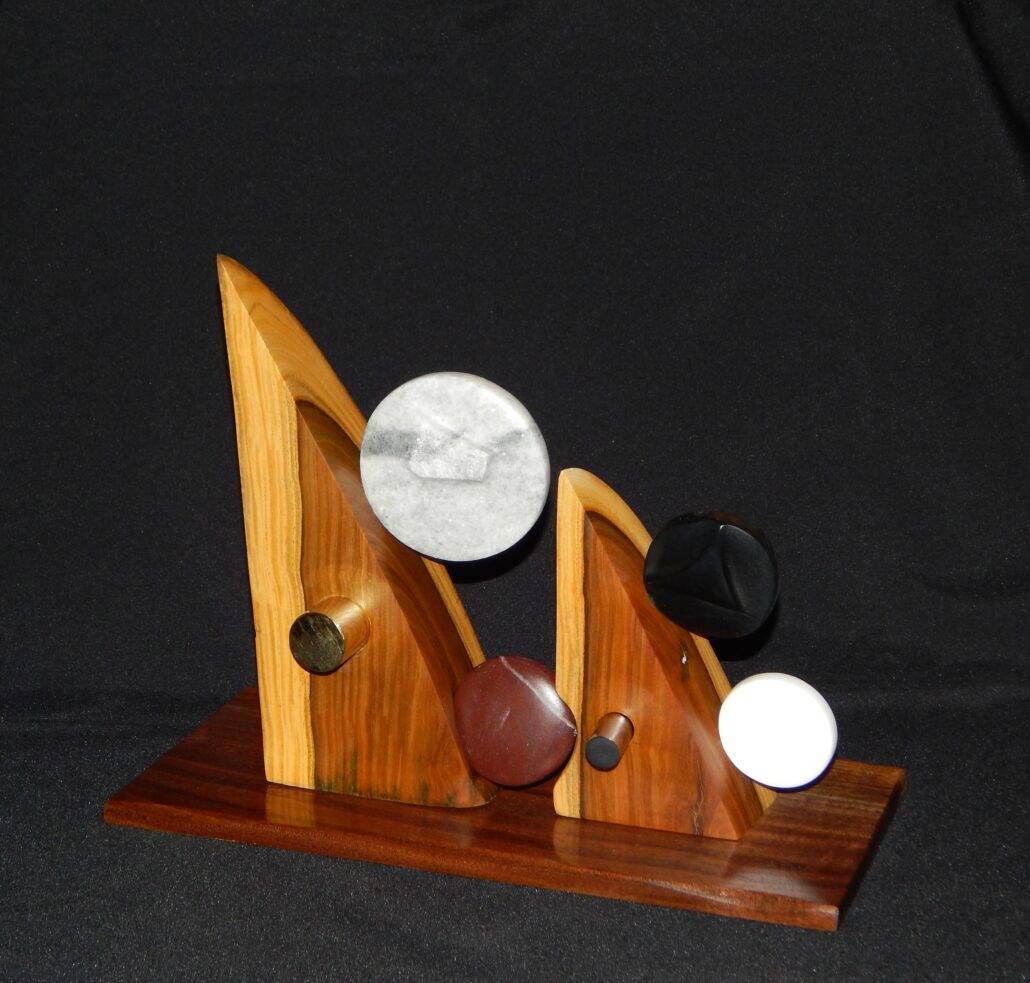 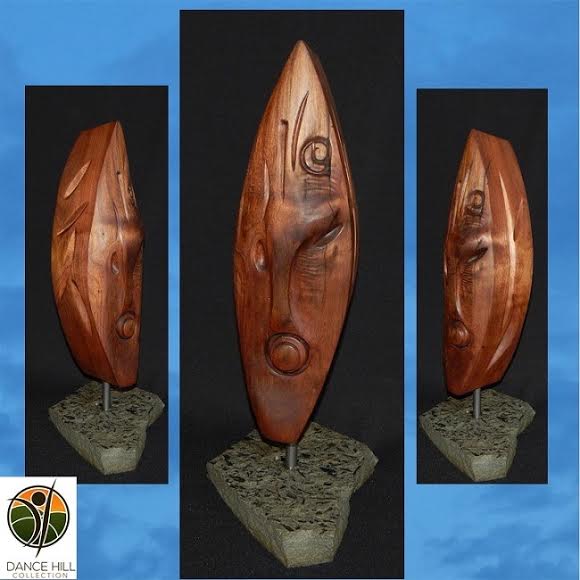 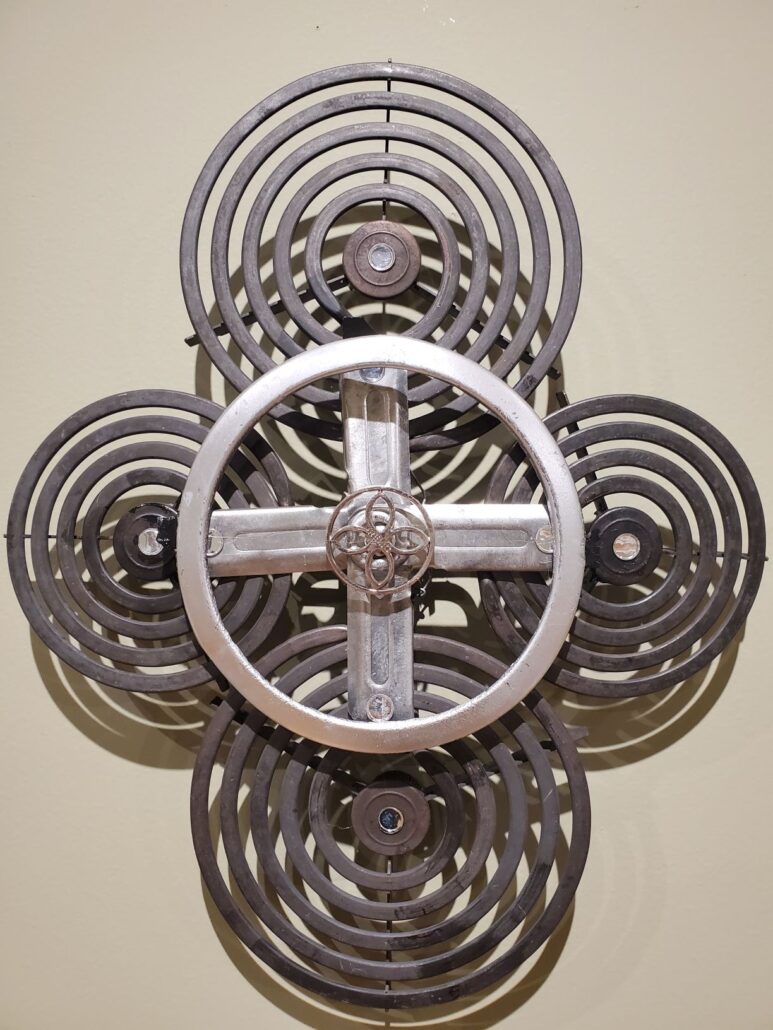 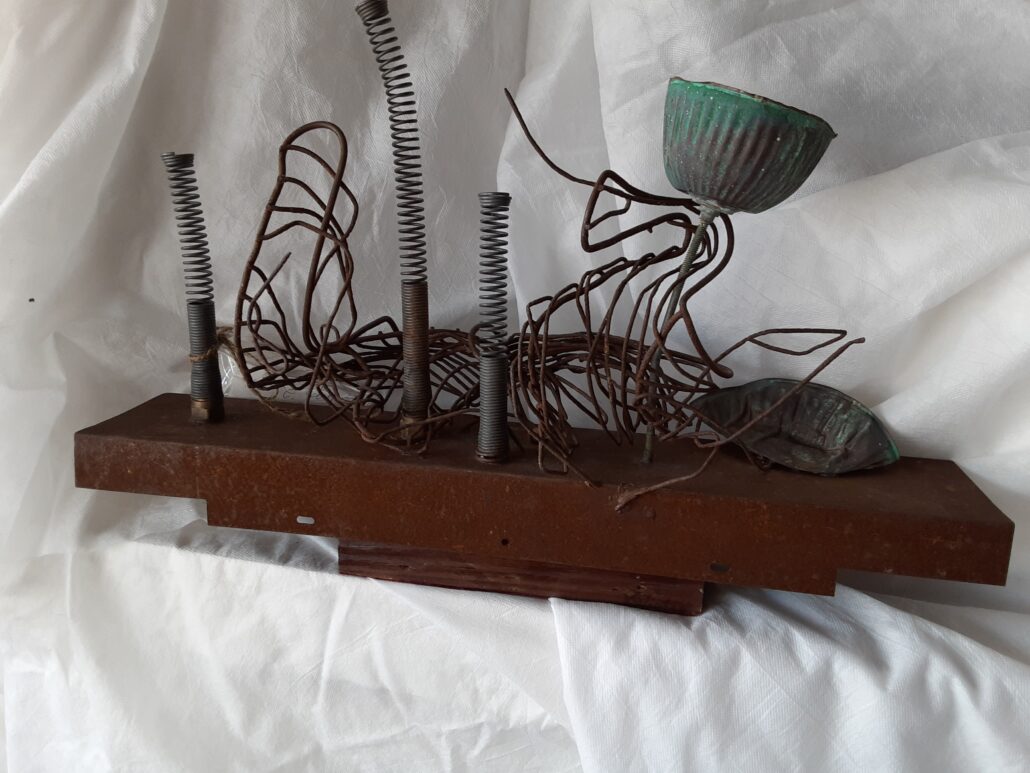 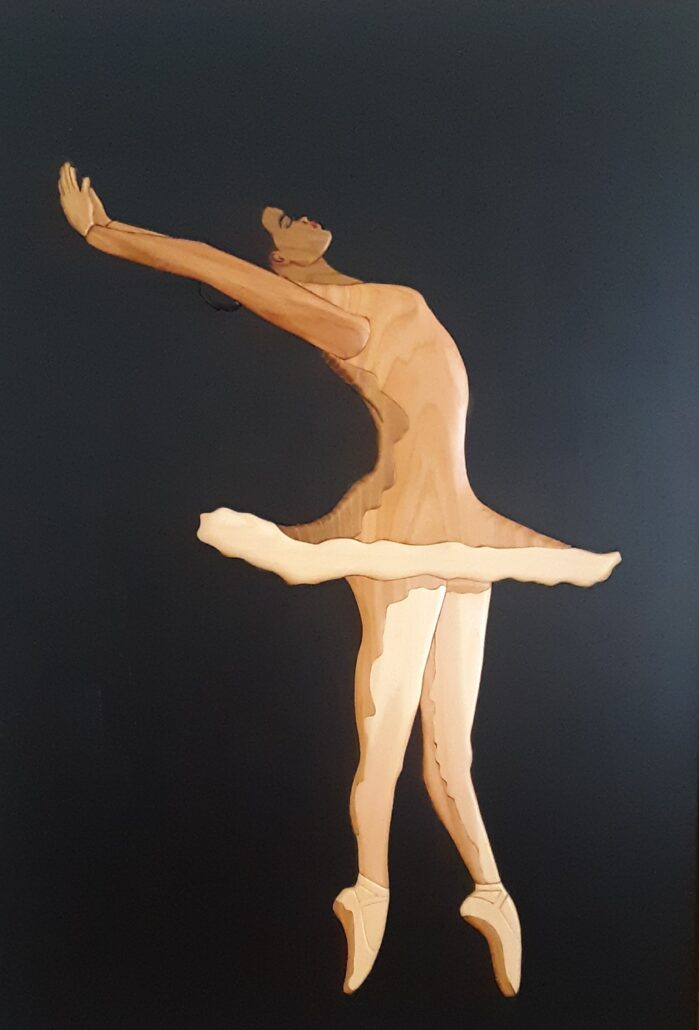 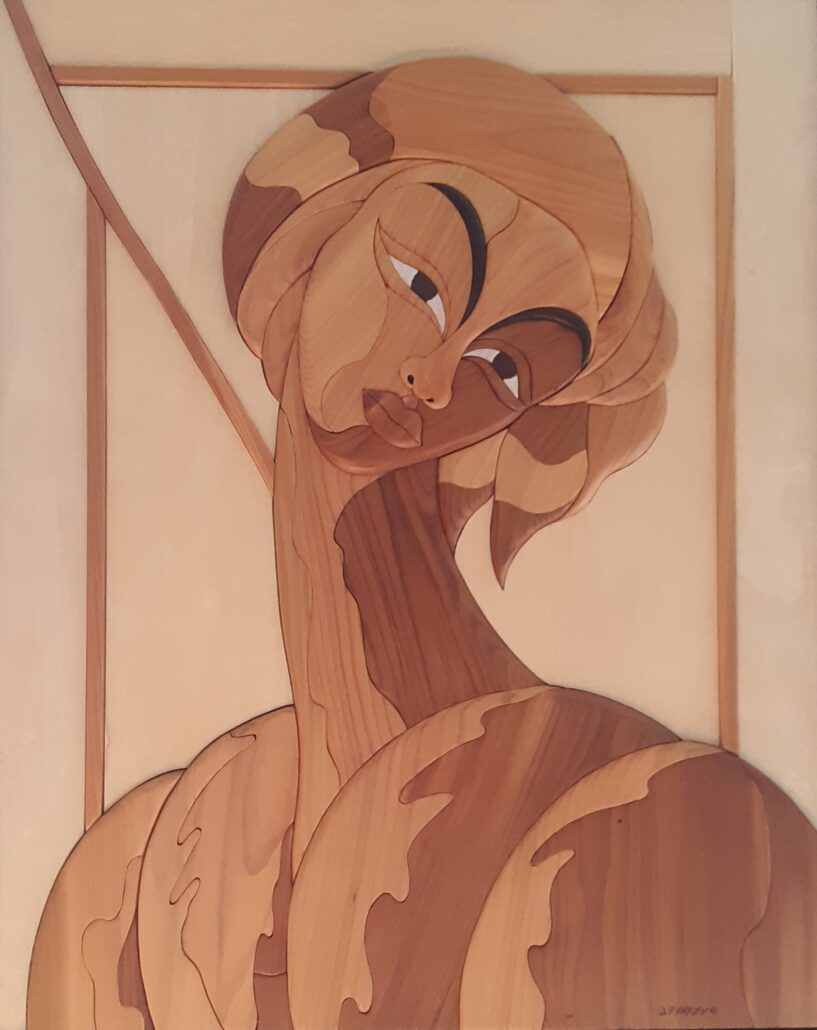 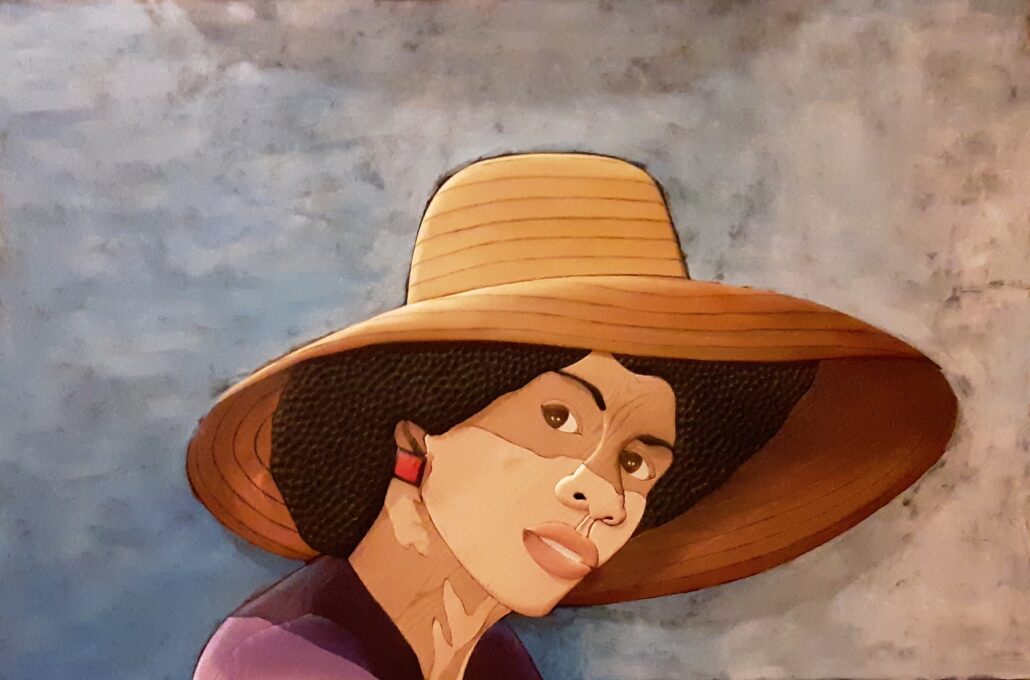 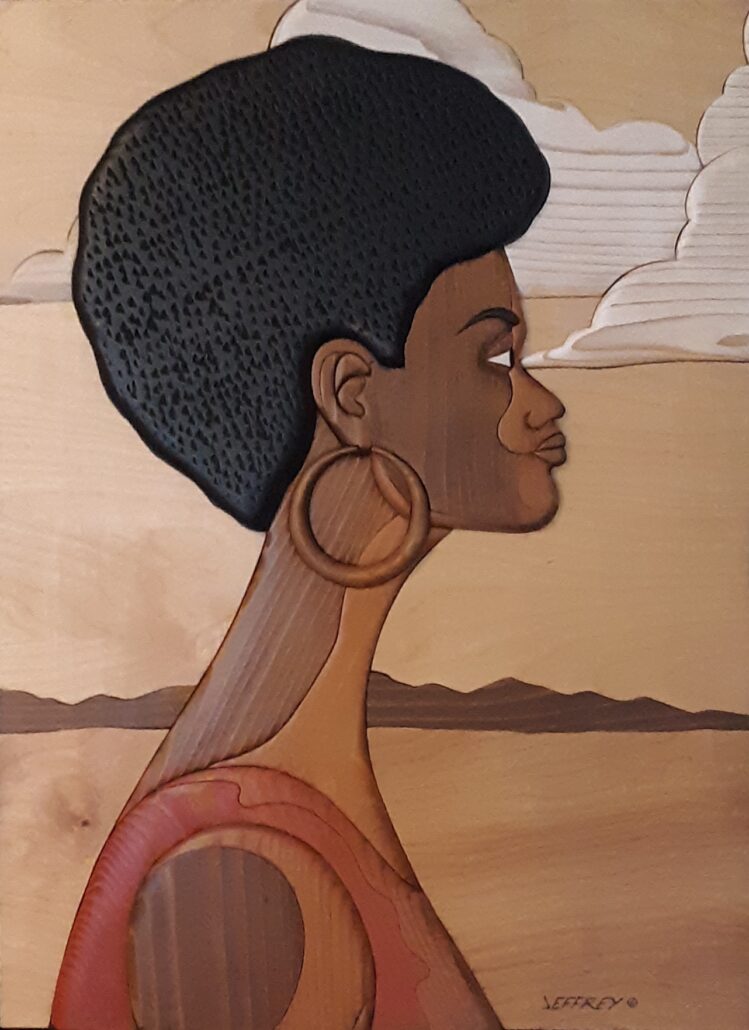 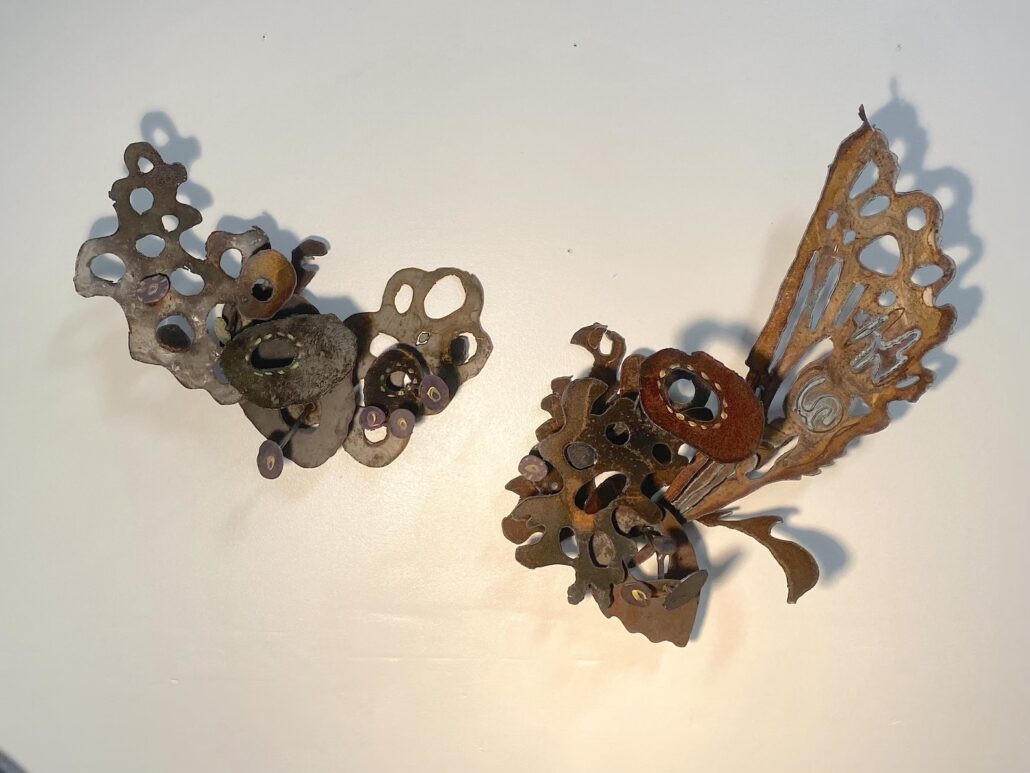 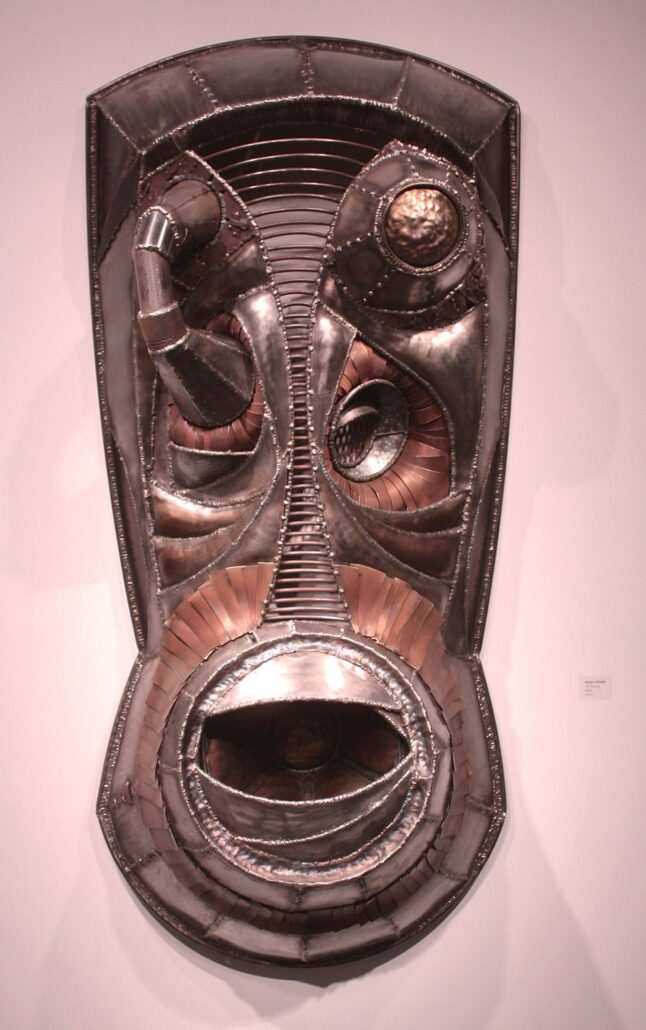 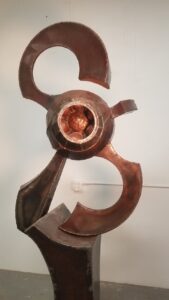 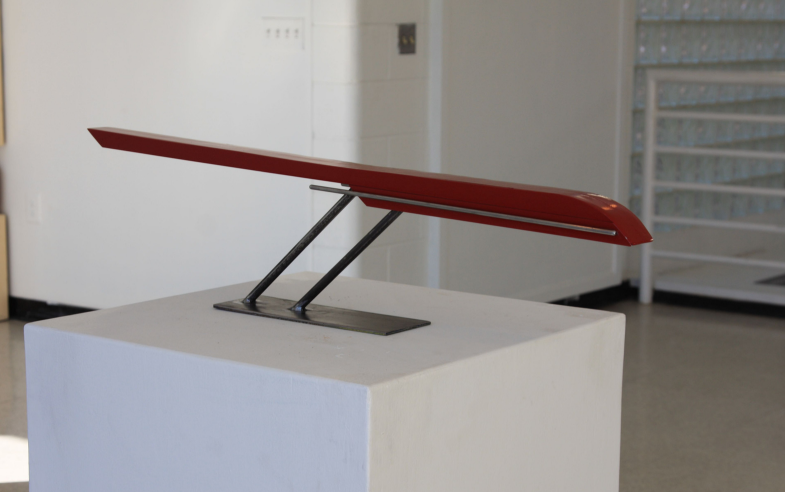 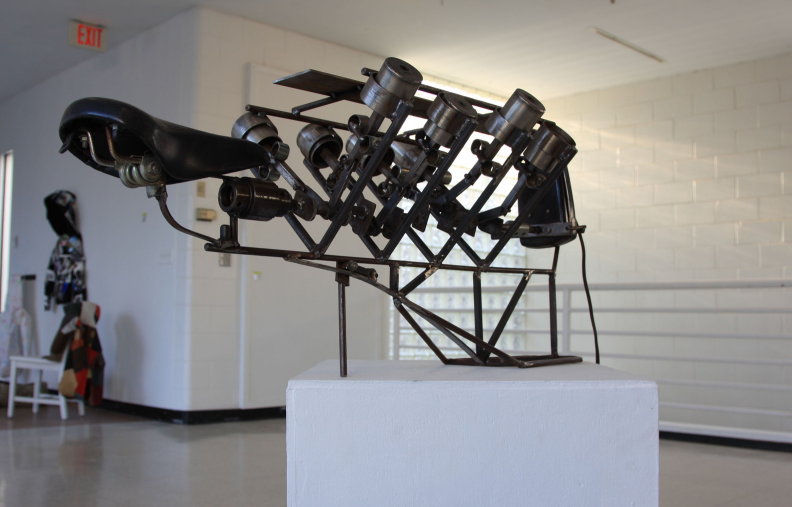 Len Brown is an Atlanta, GA native, self-taught artist, and has been involved with music most of his life. Beginning in his teens and continuing until about 15 years ago, he has been a band leader and vocalist. About 20 years ago he began taking an interest in assemblage folk art. He started collecting discarded “street candy” and going to estate sales looking for useful but discarded pieces that were definitely headed for the landfill. Some materials he had for years just waiting for the perfect fit for a new piece. He does not have a vision of what it could be at the start just whether it seems to fit and let it evolve as he works. He uses primarily wood and various metals. Brown began showing and selling his work just last year, as he had completed over 200 pieces of art.

Sally Wansboro Eppstein  a lover of nature and she thrives to continue to learn, explore, and to protect the connectivity of our ecosystem. Creating art of the natural world is the goal to bring attention to the beauty and complexity of small elements of our natural world.  Sally lives in Brookhaven, GA, and is a tree advocate to try to help metro Atlanta to stay the City in the Forest. She went to school to study jewelry at the Fashion Institute of Technology in New York City then finished her BFA at Augusta State University in her home town of Augusta, GA.

Barbara Mann is a former University of Georgia instructor and current President of the Athens, Georgia Metal Arts Guild. Mann is amazed by the beauty and complexity of the natural world. Her on-going series of work is focused on the origins of life on earth, evolution, and the carbon cycle.  As a jeweler and metalsmith, she is fascinated with materials and processes. Mann also finds inspiration in new scientific discoveries and technologies that are changing what we know and how we view life on earth.  She hopes to offer the viewer a distilled, symbolic, tangible expression of observation and idea.

Larry Millard is a working artist and former University of Georgia professor. His recent influences are the written word, whether in literary works or technical manuals. Often poetic or descriptive writings leave an indelible image in my mind. The work, A Case for Hell, Danté, and Inferno are a response to the writings of Dante and Jan Baptist van Helmont.  Both wrote about hell and described it in various levels of detail.  Neither really experiencing hell, but imagined and described the “nature” of their musings.

Roxane Hollosi is an Atlanta based, multi-disciplinary artist. Originally from the midwest, she was awarded The JP Anderson-Best in Design recognition prize upon graduation from ISU. She continued her studies at the School of the Museum of Fine Arts, Boston. Roxane creates both 2D and 3D works. The foundation of her work is an exploration of the nature around her and the energies it emanates. Roxane is represented by Kai Lin Art, Atlanta. Invitational exhibits include: NAWA, NYC; ARC, Chicago; MOCA, GA; Gallery 72; Denise Bibro Fine Arts, NYC; MESA Cont. Arts Museum, AZ; Hudgens Center for the Arts; Artfields2018 and 2020 SC; Abernathy Arts Center. Collections include: Office of the Mayor, Atlanta; DuPont, Beijing; Broadway Crowne Plaza, NYC, EMC Outdoor, PA; Spalding Wealth Management, Atlanta; and numerous private collections.

Noah James Saunders has been working full-time for the past twenty five years honing his craft as a sculptor and jeweler. Born and raised in Georgia, he is currently based in Athens, GA. His devotion to wire as his medium of expression has remained constant, has seen his relationship to wire, and the methods by which content can be expressed through it, shift sharply over time. More recently, he became committed to fundamentally exploring wire’s potential as a sculptural medium, in the process innovating a method of three dimensional drawing in wire, and a means of display, rotating the picture plane via motor and filament, that challenge our expectations of drawing and of sculpture, and that forces us to see differently than we have before.

Ronald Sullivan, an engineer by training, creates works of art primarily from wood and stone. Sculpting was initially a hobby using the medium of stone (influenced by the strikingly beautiful stone sculptures created by the Shona people in Zimbabwe). After about a year working with stone he began working with a variety of different varieties of wood. What intrigues him most about the ‘raw’ materials he uses, is their natural abundance and inherently unprocessed nature. Sullivan incorporates such themes as spirituality, family, nurture, completeness and balance in a number of his pieces. His sculptures are marketed under the ‘Dance Hill Collection’ brand. The name “Dance Hill” is inspired by time spent at a favorite spot in the hills deep in the countryside of Jamaica.

Carol Veliotis grew up in a very small town, and had no art opportunities until college. She received her B.A  in Art from Queens University in Charlotte, NC. She worked as a book designer in New York City, where she met many famous living artists of the day. She moved to Greece for 15 years where she sold watercolors, signage, etc.moving back to the US in 1986, she opened a teaching studio and joined a local gallery for four years. She had a one woman show in Atlanta in 1993. In 2009, she opened her own studio, where she represented 90 artists. Veliotis was artist-in-residence for five Newton County schools and joined two other local galleries. Now, at 73, she is slowing down, but still creating art all the time.

Jeffrey Waller is a sculptor living and working in Buckhead, Georgia. A native of Eatonton , Georgia, Waller discovered his love of art at age 7. With no formal training, he has been creating beautiful works of art for the past 25 years using the ancient technique of Intarsia, a picture mosaic in wood with high and low relief using different varieties of wood. Waller is also an accomplished painter, working primarily in acrylic. His mission is to bring sheer amazement that excites the eye of the viewer.

Kelsey Wishik is a multimedia artist and Master’s Candidate at the University of Georgia in Athens, GA. Her works in various media explore themes of consciousness, navigation, embodiment, micro-macrocosmic relationships, and shared identity, while her practice is informed by meditation, nature, travel, and exploring indigenous cultures and mythologies. Kelsey is also a certified yoga instructor and avid movement practitioner, utilizing movement and response as one of many vehicles to create shared visual and intuitive languages. Currently, in addition to completing her MFA, her work interests are oriented towards large-scale public projects, creating contemporary yoga programs, community collaboration through activism, and ecological advocacy and awareness. Virtual Studio Tour with Kelsey Wishik

Ryan James Woods is a sculptor living and working in Athens, Georgia. He studied Sculpture and Museum Studies at the University of Georgia. His work examines the personal relationships of his life and the ways in which those relationships have impacted his identity by creating physical objects to express those memories and connections to the audience.

Art as Experience: Richard J. Olsen and the Vietnam War